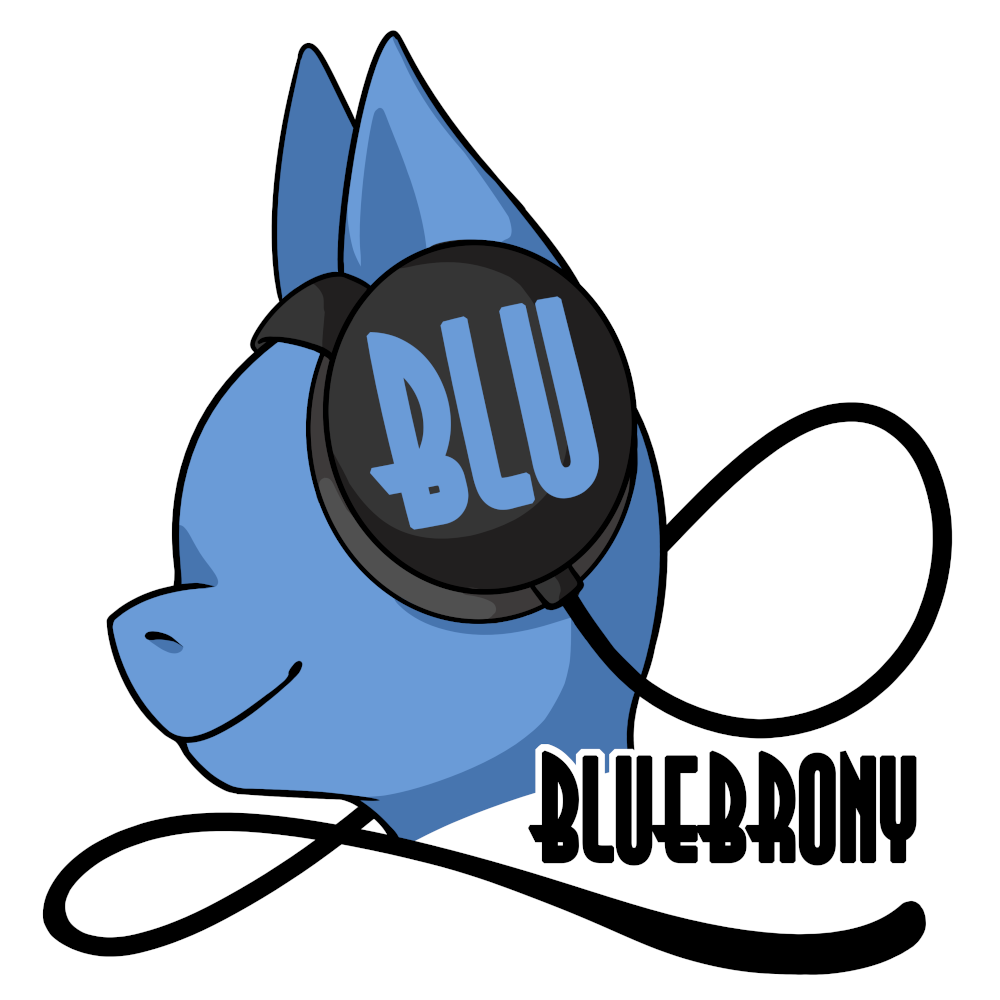 BlueBrony has been making music inspired by cartoon horses since 2015. He likes to switch genres every time he makes a new track, but each one has a story to tell. He has contributed to numerous fandom albums from Ponies at Dawn and Lycan Dese Beats. His first public performance was at the best little pony con in Texas, HarmonyCon 2020. Rumor has it that his first solo album is coming out later this year. His favorite Mane 6 pony is Fluttershy.